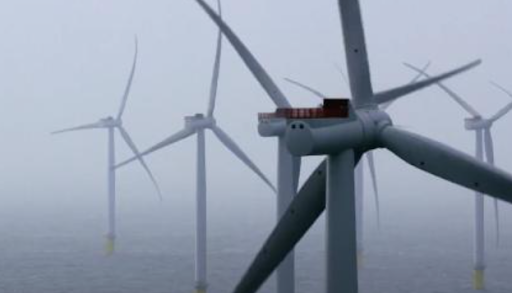 People are now increasingly advocating the use of green electricity power rather than thermal power. The green production of electricity from wind power and solar power system depends on the weather and the time of day (power generation systems consisting of small solar panels or high power solar panels are among the most common) . Electricity is therefore not always produced when electricity is consumed. To ensure that the energy generated is not lost, energy storage is required. There are now many research areas and some industrial applications.

It is high time to do without fossil fuels. Climate change is pressing. Primary energies such as oil and natural gas are becoming more and more expensive. Most towns and cities do not have enough regenerative energy systems. They often have to source “green” electricity from far away. We need to switch to renewable energy. Transporting green electricity from far away is difficult and also expensive.

Wind energy is the most important renewable energy source in Germany. It is hydropower in Switzerland. But the green electricity has to be transported to the consumers – via an electricity grid whose capacity is still too low and becomes unstable with a lot of solar or wind power. New power lines have to be built, the power grid has to become more intelligent (smart grid). The transformation takes place over several stages or different network levels.

The entire power grid in Switzerland measures 250,000 kilometers. All lines together would circle the earth around six times. The power grid is made up of different voltage levels:

With excess energy from the power grid, water is pumped into so-called pump storage reservoirs. As soon as additional electricity is required in winter, the water can be drained. Turbines are driven. The electrical energy generated in this way is fed back into the grid. The geographic conditions for pumped storage power plants in Germany are not ideal. But in the Swiss Alps it is. The Goldisthal power plant in Thuringia, Germany, which went into operation in 2003, is designed with a storage capacity of 8.5 gigawatt hours. It is one of the largest in Europe. In Switzerland, too, more pumped storage power plants would have to be built or at least expanded. The potential would be there both in Germany and in Switzerland. Politically, however, this expansion is controversial.

In contrast to pump storage reservoirs, LiFePO4 battery ( such as 12 volt lithium battery, 24 volt, or 48 volt) storage is not suitable for storing large reserves for a long period of time. On the other hand, battery storage can compensate for fluctuations in the power grid, and very quickly. For example, they can compensate for the weather-dependent production of renewable energies and the fluctuating energy demand over the course of the day. Battery storage capacities are being expanded rapidly.

When the sun shines intensely, the most solar energy is produced. So at a time when electricity consumption in most households is rather low. Do you produce your own solar power? With a solar powered generator system, you can produce solar power during the day and use it yourself around the clock. Battery storage stores excess solar power and then releases it when you need it. Battery storage works like a rechargeable battery: it stores excess solar power so that you can use it up in the evening when the lights are on, the television is on and the washing machine is in use. Even in the dark and in bad weather when your solar system is not producing any electricity. This increases your own consumption and your photovoltaic system pays off even more because you draw less electricity from the grid.

The energy turnaround calls for a move away from fossil fuel-powered combustion engines. The result is an electrification of public and individual transport with renewable green electricity. Battery types are needed that require as few resources as possible and have higher performance.

In 2020, the proportion of newly registered plug-in vehicles (pure and hybrid) in Switzerland was 14.3%. The total stock of purely electrically powered passenger cars was around 6%. In the case of battery-equipped passenger cars, the share was around 20%. The federal government’s energy strategy will be implemented primarily through electrical energy.

However, the mobility, electricity, heat supply, energy distribution and grid capacity are a total system. The decentralized generation of energy is therefore an important factor and real estate has a special status.

“Sun2wheel” – a Swiss start-up – makes lithium phosphate battery from electric vehicles usable as energy storage. The innovative system combines solar energy, electromobility and the electricity grid and thus sets new standards in the area of charging and storage infrastructure. In this way, the proportion of self-consumption of the PV system in the building can be increased significantly. And the electric cars can not only charge electricity, but also feed it into the public grid. The battery charging system can be controlled in such a way that it not only absorbs energy, but also releases it when the car is not in use – without any significant loss of driving performance.

Batteries can be both charged and discharged. With bidirectional charging technology, the excess battery capacity of electric cars can be used for the first time to store electricity in buildings. However, the V2H (vehicle to home) or V2G (vehicle to grid) application is not yet available for all brands and models. Another advantage is that with the help of this technology, discarded car batteries can be used as local electricity storage in the building.

With power-to-gas, excess electricity from solar, wind or hydroelectric power plants can be stored in the form of methane (synthetic natural gas) or hydrogen. Power-to-Gas is a promising technology for a sustainable energy supply in Switzerland. With the help of excess electricity, water is broken down into oxygen and hydrogen (electrolysis). The hydrogen can be easily stored. The hydrogen is then converted into methane gas with carbon dioxide (CO2) in a reactor.

Energy from renewable resources can be transferred in large quantities between the gas and electricity grids with the help of power to gas. The gas infrastructure plays an important role in this. The methane gas can be stored in the same way as natural gas in the gas networks consisting of gas pipelines and caverns. You are extremely flexible between the generation of green electricity, the production, transport and consumption of methane gas. The gas is used as combustible or fuel. Reconversion is also possible and can make sense in certain cases. Each process is a best practice. What is new is the combination into an innovative overall solution that brings together different energy sources and the associated networks (sector coupling).

“Power to Heat” means “energy to heat” in German. This means the generation of heat using electricity. Liquid salt is heated with excess electricity from the grid or, for example, from wind turbines or solar systems. The salt stores this heat. If required, this stored thermal energy can be converted back into electrical energy using a steam turbine. The conversion of electricity to thermal energy is also possible with electric heaters or heat pump heaters. This technology can save fossil fuels and contribute to the stabilization of the energy grid. Power-to-heat systems are suitable for supplying heat to industrial systems or buildings. Conventional oil or gas heating systems can also be used by retrofitting a buffer tank accordingly. Electric heaters or heat pumps can also be added. Power-to-heat enables excess energy to be taken from the grid or from photovoltaic systems.

Solar power plants with thermal storage work in a similar way. Heat is stored three times more efficiently with salt than with water. The amount of heat that can be absorbed in salt can be three times that of water for the same volume. Solar energy is captured with mirrors and stored as heat in salt tanks. During the nighttime, the thermal energy of the hot salt solution and the heat of fusion at the freezing point provide the necessary energy to produce electricity with steam turbines.

Large surpluses are occurring more and more frequently in the electrical grids. This is due to the expansion of renewable energies. However, conventional power plants could easily be converted into power-to-heat storage systems in order to store the conversion of excess electricity into green heat. With the appropriate conversion, you too can produce CO2-free heat according to your own needs.

The Role of Security in a Virtual Data Room